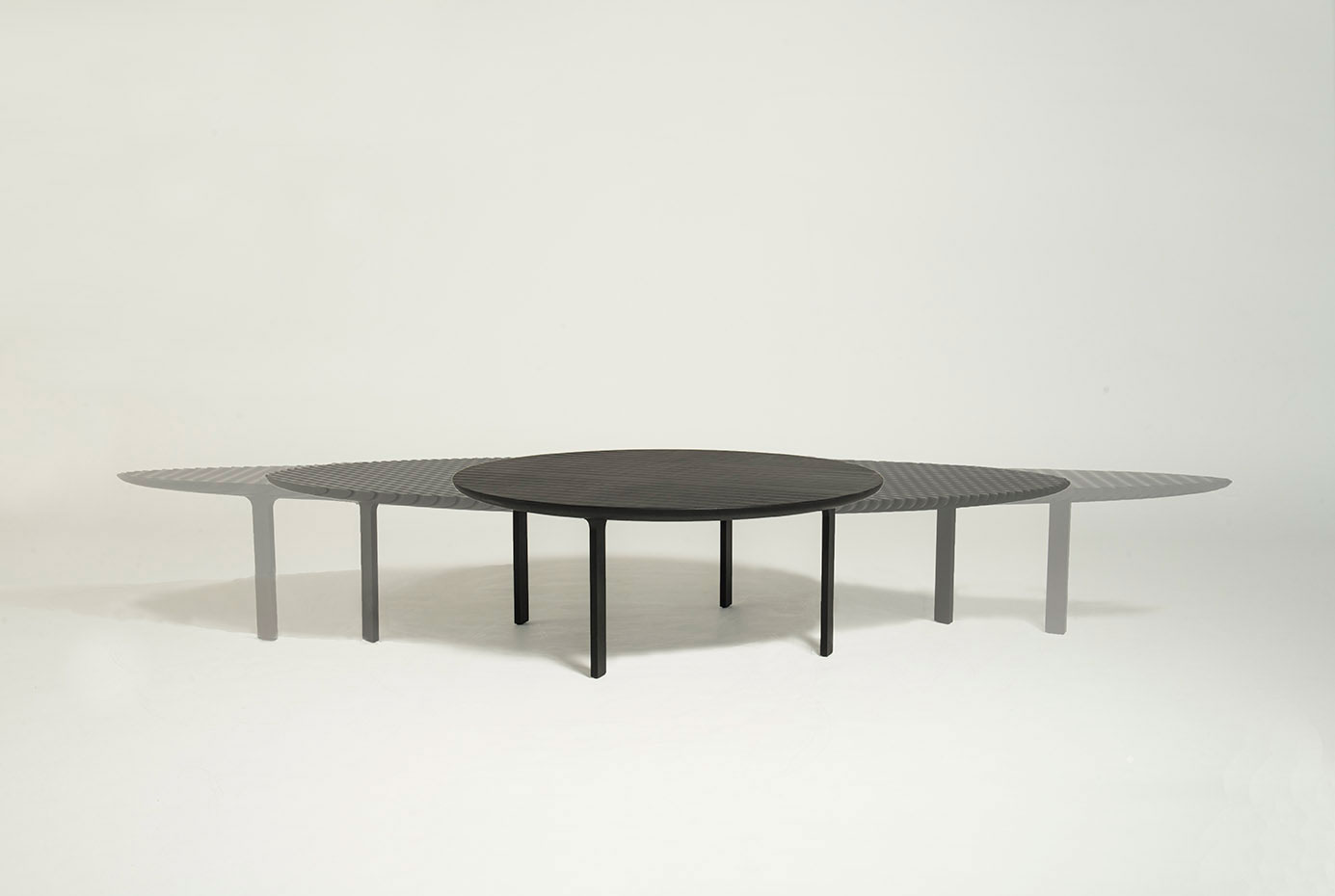 The Friction Table, which uses the simple mechanical device of the lattice with precision execution to change its proportions and adapt to different spaces and functions is 1.8 metres when in its round form. The Friction Table can seat groups of eight and when extended to its longest ellipse, it reaches over 4 metres.

The third in Heatherwick Studio’s series of experimental design works, Friction Table is the first new edition released by the studio in over five years.