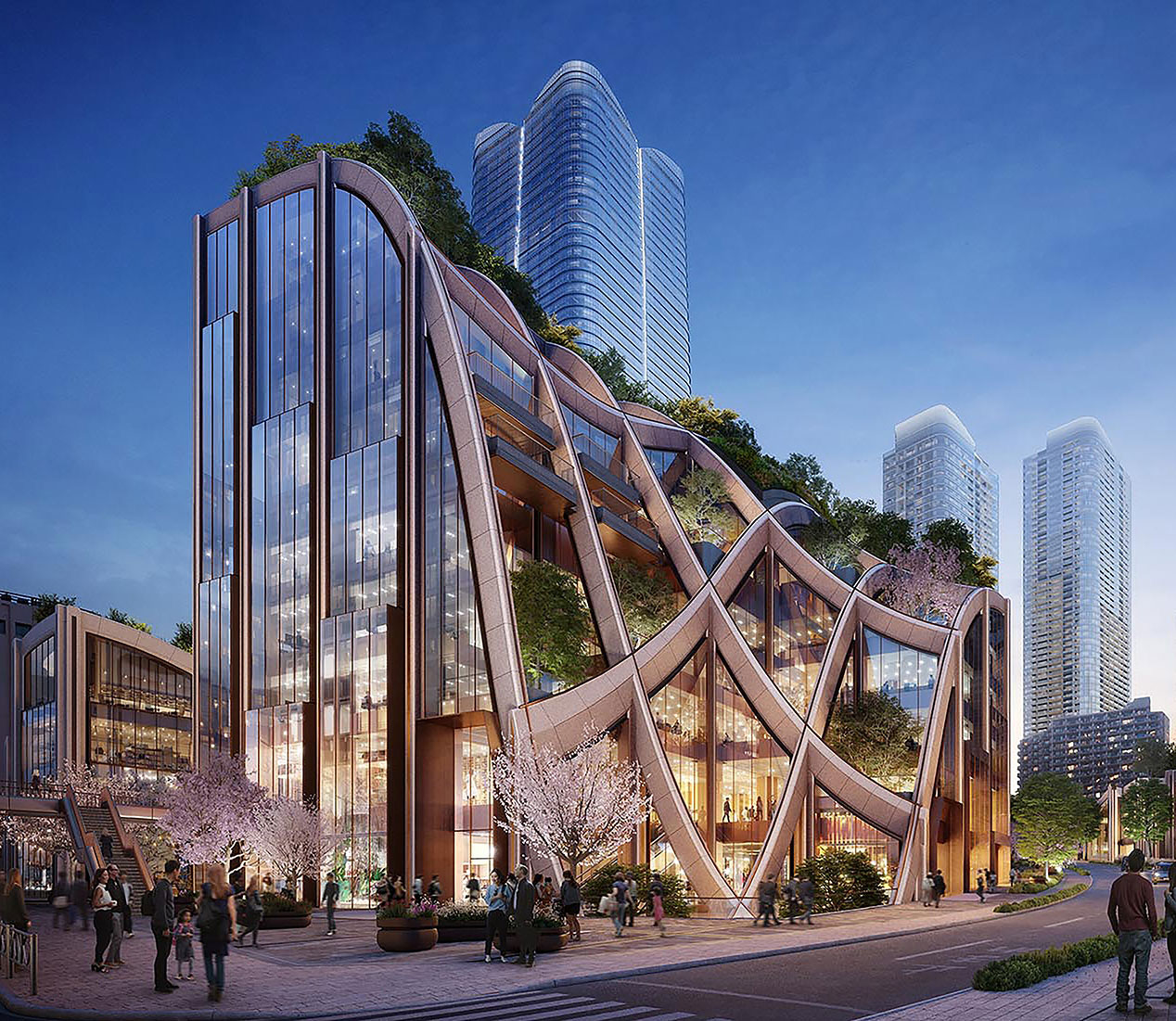 Construction has begun on an innovative redevelopment of the Toranomon-Azabudai district of Tokyo. A ground-breaking ceremony was held on August 5 2019 and the project is due to complete in March 2023. It is Heatherwick Studio’s first project in Japan to go into construction.

Situated in the Minato City of Tokyo, the studio has designed the public realm and lower-level podium architecture, landscaping and retail for the site which includes a generous 6,000m² central landscaped square. Overall, the scheme includes a mix of office, residential, retail, a school and a temple, all set within a new vibrant piece of urban topography to achieve Mori Building Company’s ambition of creating an exceptional public district for the city. Around twenty-five to thirty million people per year are expected to visit the area.

“It’s been very exciting working on the Toranomon-Azabudai project and much of our effort has been focused on designing the public spaces that everyone will experience when they spend time in this new area. As many new developments around the world can be harsh and sterile we wondered if we could provide a more human-centred alternative by integrating surprisingly intense quantities of planting and greenery.”