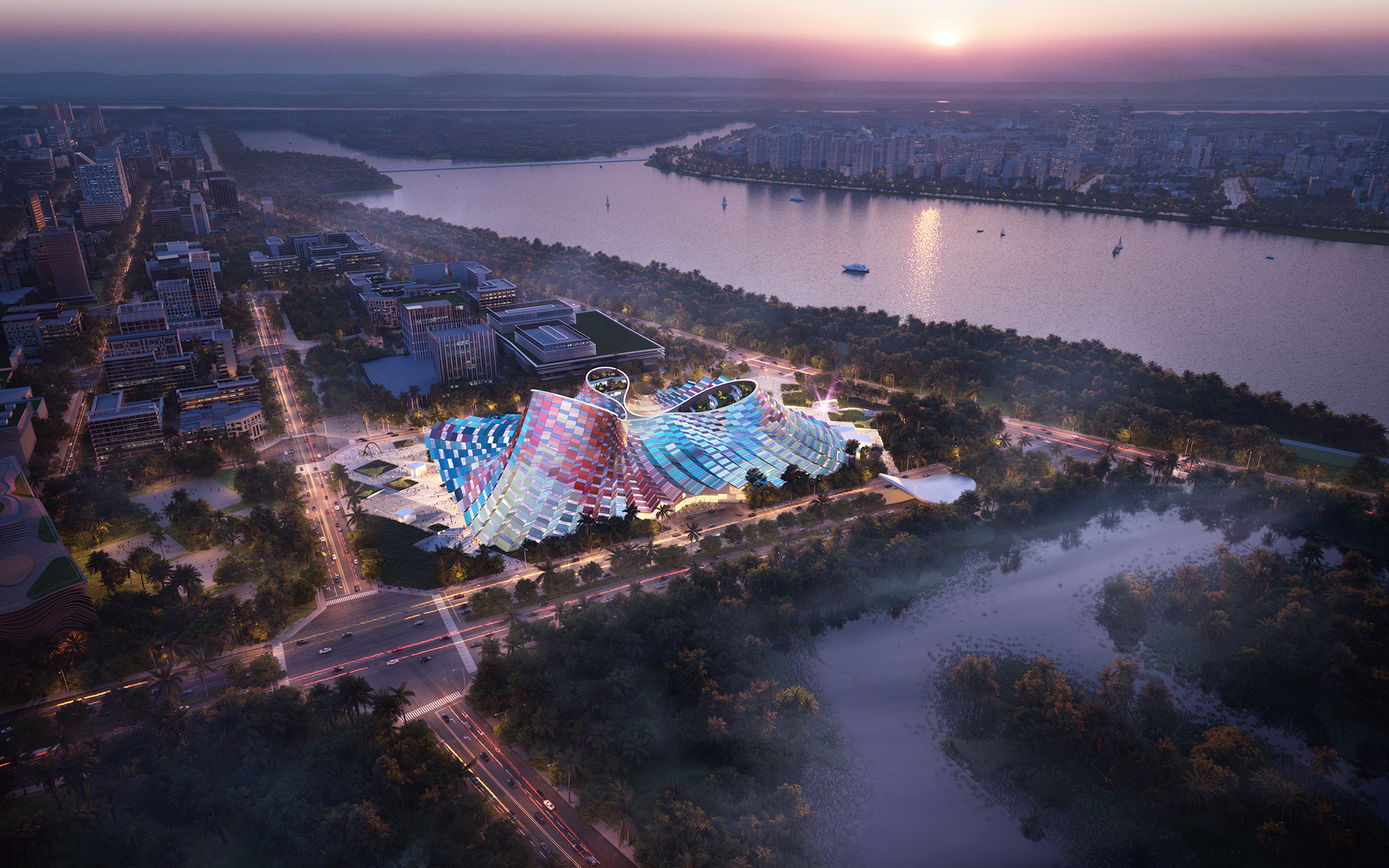 Heatherwick Studio has been selected to design a tropical performing arts centre for the island province of Hainan, at the southernmost point of China.

The studio was chosen following a competition, organised by Haikou Tourism & Culture Investment Holding Group, to envision a landmark building for a new cultural quarter in the island’s capital, Haikou.

The studio’s design provides three performance spaces – an opera house, a concert hall and a theatre – that come together as a focal point under a sweeping canopy, which partly references the island’s incredible geology.

“Our inspiration came from the volcanic landscape and the costumes, colours and movement of Hainanese Opera,” said Eliot Postma, Partner and Group Leader at Heatherwick Studio.

“Many opera houses are cut off from their surroundings and only come to life when a performance is on. We wanted to create a space that is an extension of the city and will contribute to life on the street throughout the day.

“As a result, the canopy shelters a mix of different spaces that form an open-air village, of which the halls are a part. It blends the formality of performance with the informality of island culture, making opera more accessible and offering everyone a space to meet whether you have a ticket or not.”

The new performing arts centre will have capacity for 3,800 people and integrate arts, creative, learning, rehearsal and performance spaces. The venue aims to stage international productions that range from large-scale opera, ballet and musicals to avant-garde drama, fashion and immersive multimedia performance. It will form a key component of the Jiangdong cultural quarter, located just east of the historic city centre.

The creative process involved a team of makers and engineers who crafted the design through physical and immersive digital modelling alongside rigorous testing and data analysis. As a result, the project responds intelligently to the local ecology and climate, reducing energy consumption and costs while cooling the environment for visitors and users of the space.

This will be the first opera house the studio has designed. Construction is expected to start towards the end of 2022.