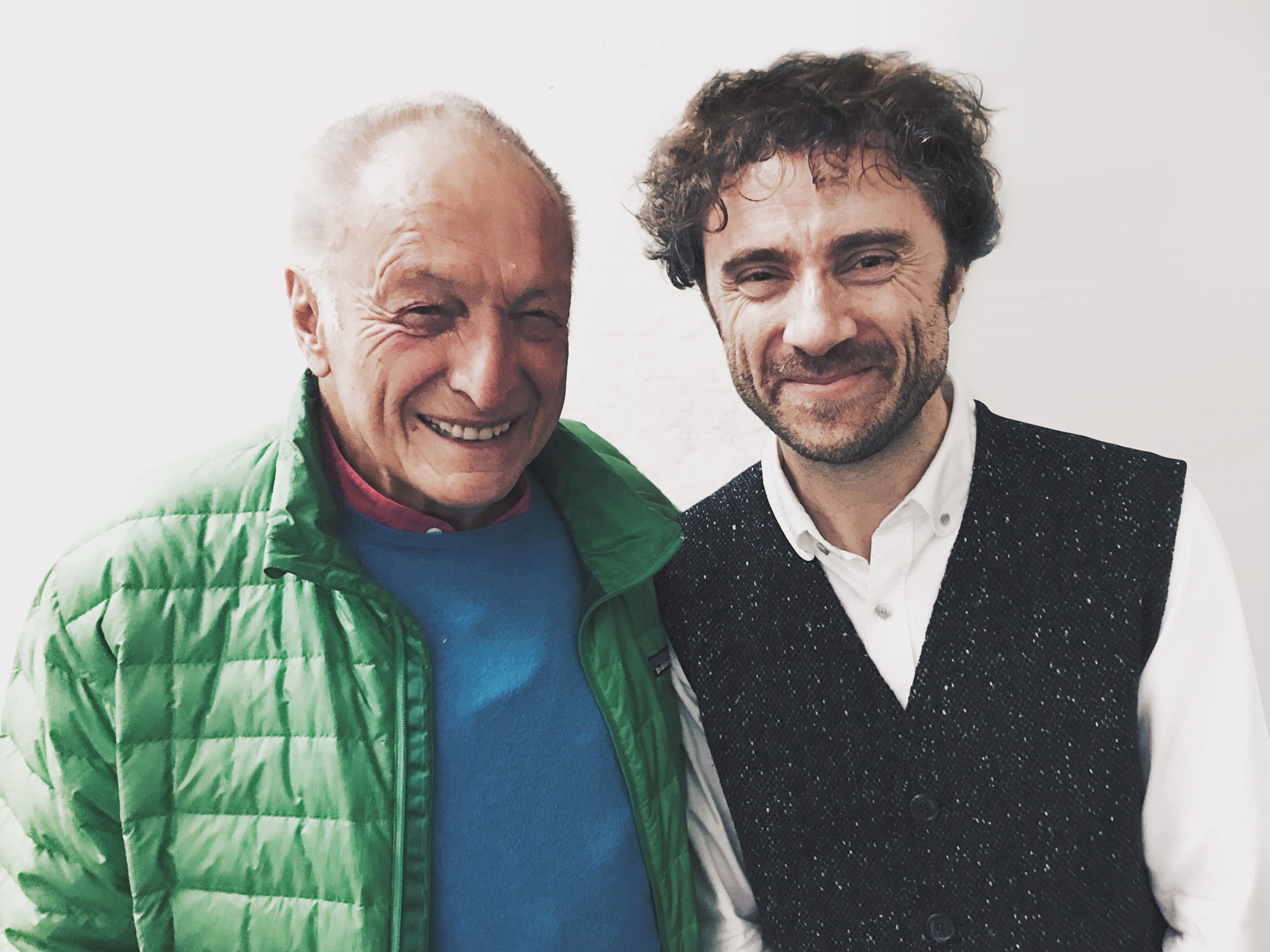 My first experience of Richard Rogers’ genius was as a teenager cycling through the deserted city of London late at night. Suddenly, I came across his incredible Lloyds insurance building. Witnessing this structure bathed in glistening blue light, it felt like I had unexpectedly entered into my own science fiction film.

With most other new buildings, once you’d briefly looked at them, there was nothing more to engage your eye. But this was so complex and interesting that you could forever keep looking at it and still see more details. Who had done this?

Some years later I came to understand that the same man who’d designed that freakishly phenomenal structure was also as passionate about the wholesome life of cities themselves. While studying, I went to a series of large public debates about the future of London, organised by the Architecture Foundation which Richard had helped to set up. For the first time I saw many of my architectural design heroes together in the same room.

I remember one of them arriving in a chauffeur-driven Rolls Royce and another turning up on his bicycle. The latter was, of course, Richard Rogers and it summed up his inspiringly down-to-earth approach to everything.

Over time, I was fortunate to get to know to Richard and his amazing wife Ruthie. The home that they created was like a meeting house with people from all over the world dropping in to visit. Anyone with an interest in humanity was welcome.

During his career Richard created some of London’s most confident new buildings. At the largest scale, his Millennium Dome was bold enough not only to survive the difficult politics of its inception but then to take a new life as a hugely popular destination for music, sport and entertainment. At the smallest, his firm’s Maggie’s cancer care centre on Charing Cross Road in Hammersmith is a warm, colourful place of hope that utterly contrasts with the conventional sterility of hospital buildings.

Richard was rare in the architecture world because he was willing to publicly support projects he believed in even if they weren’t designed by him. One time I was working on a new commission and he insisted on writing a letter of support. When I rang to talk it through, I was shocked to realise that he was neither at his studio or home but lying in a hospital bed after a procedure, using his recovery time to help a younger designer. The reality of his generosity and commitment was staggering.

For me, Richard Rogers was so special because he helped transform post-war Britain from a country in cultural decline to a place with attitude, style and relevance across the world. Along with figures such as Terence Conran, Nicholas Serota and Norman Foster, he played a powerful part in reversing global negative perceptions of British art, design, food and architecture that had somehow got stuck in the 1970’s.

Sitting here now, it’s clear to me that London needs another sea-change and that what Richard Rogers stood for matters profoundly. This is the year when the whole city must move on from a time of flux and trauma and reinvent itself again as somewhere bursting with dynamism, style and compassion. These are the human qualities that Richard found a way to express through the places he designed and the way he chose to live his life.

Having initially struggled at school with dyslexia, he harnessed his brain as a superpower in unexpected ways. Driving himself to achieve, while standing up for the things that are right, he went on to have a profound impact on the way that London has been crafted and the lives of the millions of us who live and work here.

The Lloyds Building is still my favourite structure in Britain and it’s still lit blue at night. Next time you glimpse it on Lime Street, through the forest of more conventional high-rise buildings, think of this phenomenal man whose legacy reminds us of the need for more courage and kindness than ever before.

You can see a version of this article published in the Evening Standard here.