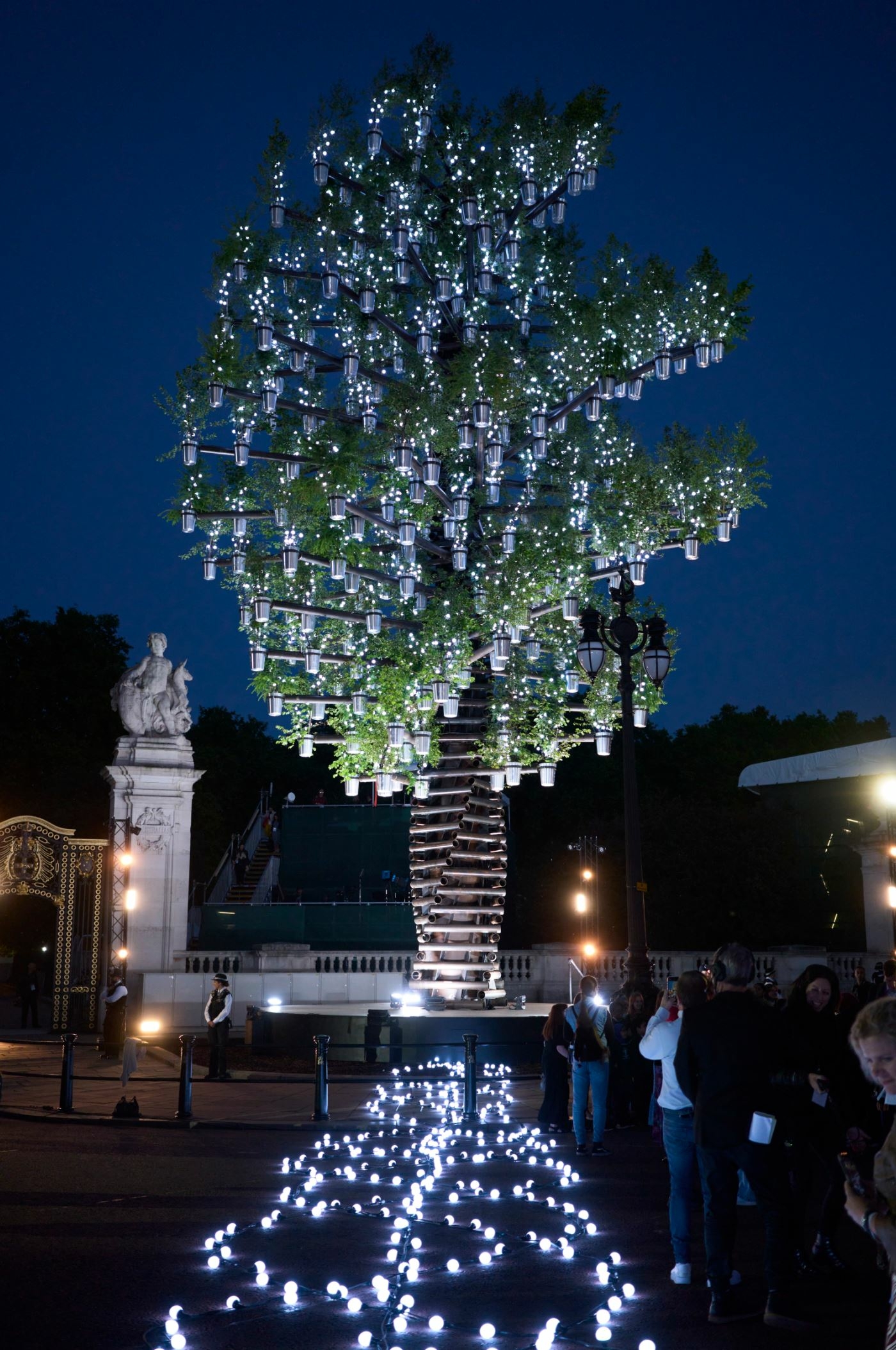 The Tree of Trees was illuminated during a special ceremony at Buckingham Palace on the evening of Thursday 2nd June in honour of Her Majesty the Queen.

Designed by Heatherwick Studio, the sculpture is one part of a national community campaign to plant more trees and inspire the next generation of tree planters, led by the Queen’s Green Canopy.

The sculpture stands 21 metres high, made of reclaimed surplus steel. 350 British grown saplings rest in spun aluminium pots set along its 80 branches. It has been created by a team of welders, designers, fabricators and arborists from Cleveland and Ely to Halifax, Portslade and London.

After the Jubilee, the saplings will be taken to a nursery in Cambridgeshire and cared for in 20-litre pots until the planting season begins this October. They include nine native species so that the right tree can be planted in the right place. Each one will then be gifted to community groups across the UK, celebrating their work and helping to green our cities and renew the countryside.

A million trees have already been planted through the Queens Green Canopy, nurturing a legacy to honour Her Majesty the Queen.

“The Tree of Trees is here to highlight an incredible community campaign that’s already planted more than a million saplings and celebrate a moment of national togetherness. We all know we need more trees and nature in Britain’s towns and cities. Our job as designers and all the other people who make and manage cities is to apply our creative energy and imagination to the task of making that happen.” 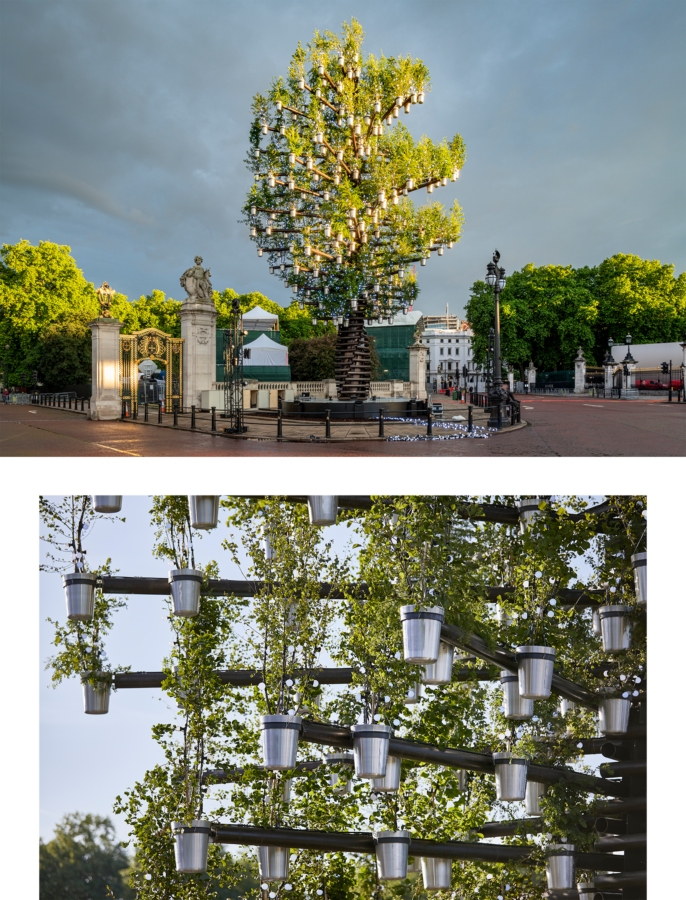 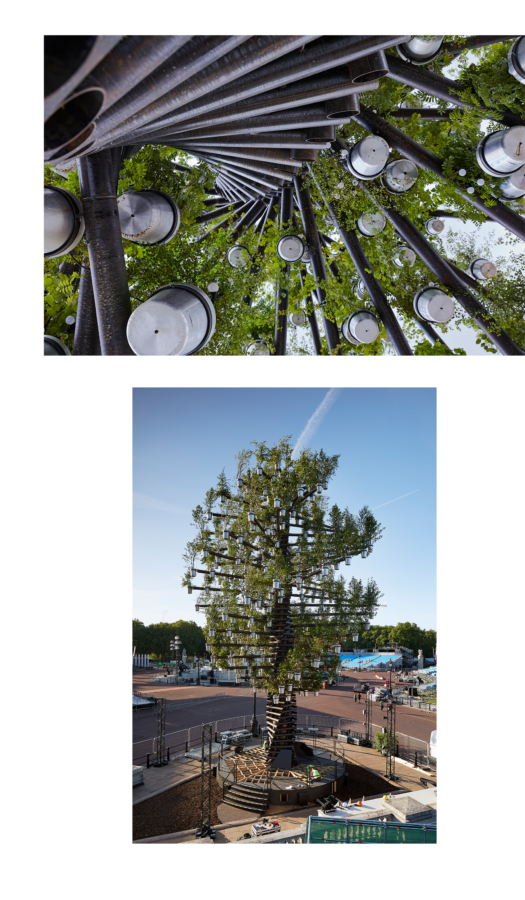